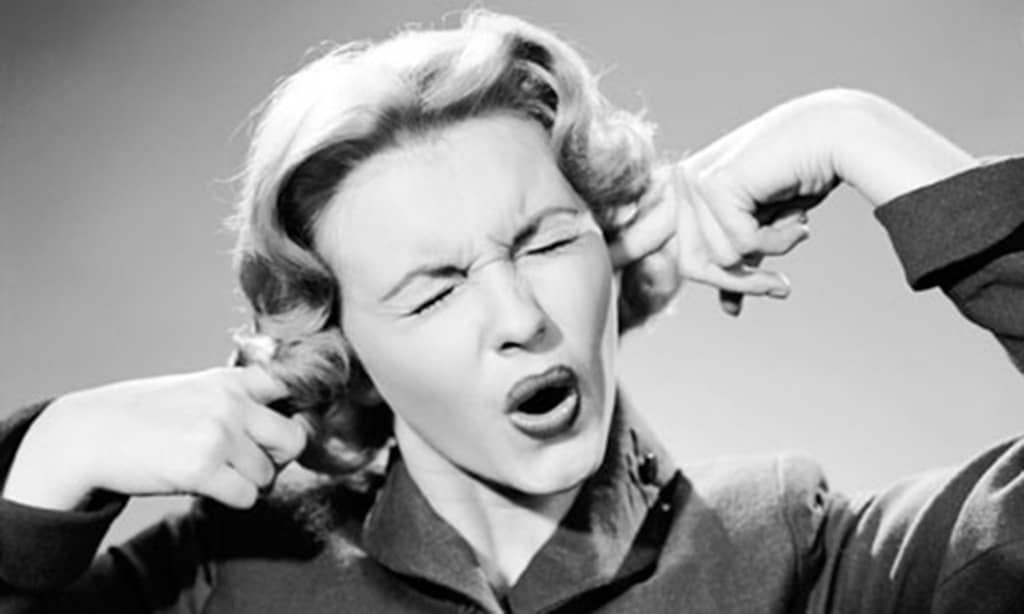 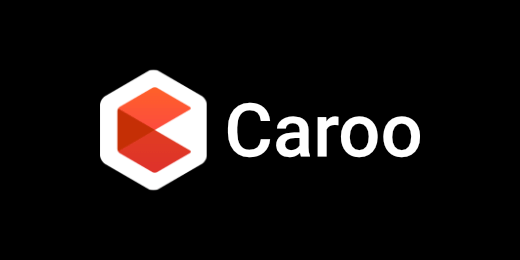 I love a bio. Not. OK. Relatively well travelled, the coolest uncool dad struting the playground, but you’re probably more interested in Caroo. I’m part of a bonkers and uniquely weird bunch of people who will go above and beyond for their users, for their product, brand and each other. Let’s ‘av it.

But hold on a minute Gareth. In your last two ramblings you told us to go and speak to our customers, learn about them, and then build the experience around them. Now, you’re telling us they’re wrong. What gives?!

If Mark Zuckerberg had listened to early adopters (university students) when launching Facebook, who didn’t want rival universities to have access to the network, then Facebook wouldn’t be as big as it is today. It turns out, people are even more interested in what their competition is doing than what their nearest and dearest are up to.

We’ve experienced this too. In fact, what I’d like to share with you is pretty much everything that we were wrong about. I can hear Molly, number one salesperson in the office saying, Yeah, great idea Gareth. That’ll make ‘em want to use Caroo.

Cut me some Slack! Not that, the CV is dead rubbish again….

In the very early days of research with both candidates and employers, it was clear that everyone hated the CV. So, users wanted to create a profile that would finally put that tired old two-pager to bed. I’m pretty sure there is a graveyard full of the corpses of thousands of start-ups who wanted to achieve a similar thing. But if that’s what our users want, that’s what they get. And so, with our pizza and beer-fueled focus groups, we discussed what this personal brand profile would include and how it would look.

We built it and put it into the wild. We learned a great deal about user behaviour.

Firstly, users are lazy. That’s unfair. I should have known this as I benchmark everything against my own behaviour and I’m super lazy. Or perhaps I expect convenience and where possible, automation. We need to work harder to educate users about the experience as its different to what they’re used to. They will only add the bare minimum amount of info (that which you ask for, justify and make mandatory), so, for months we fell short of giving employers enough info to make a decision on whether or not to chat to an interested candidate or approach an anonymous one.

Secondly, as much as users would like to kill the CV, they recognize they have invested significant time in creating one, and as such don’t actually want to have to create another profile (despite telling us they hated the CV and would want a different doc). Finally, as much as employers really like the Caroo candidate profile view, and they can share it securely with hiring managers and colleagues, they still want a copy of the CV. Despite their own admission it probably won’t get read. 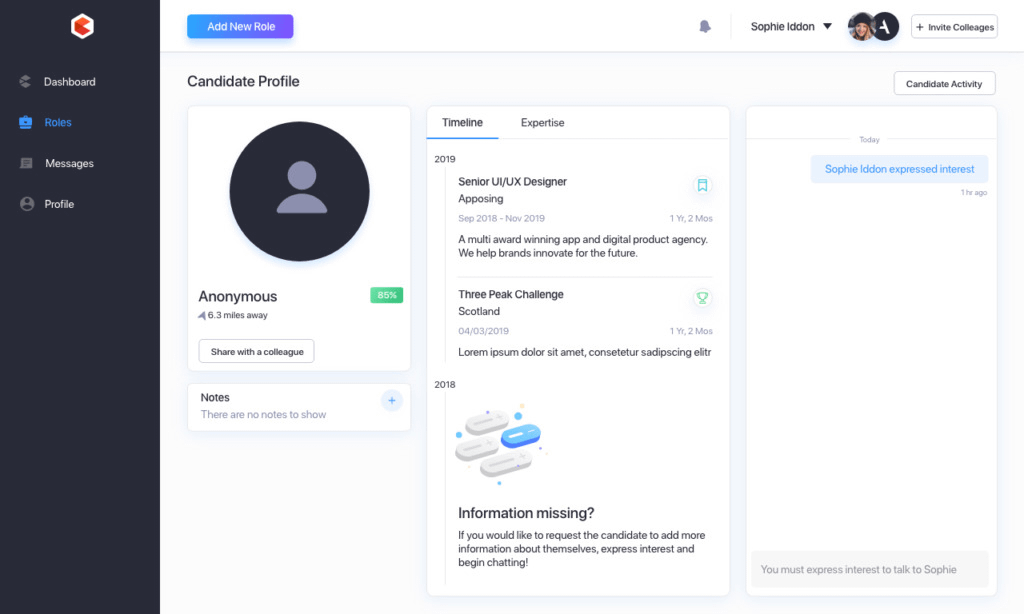 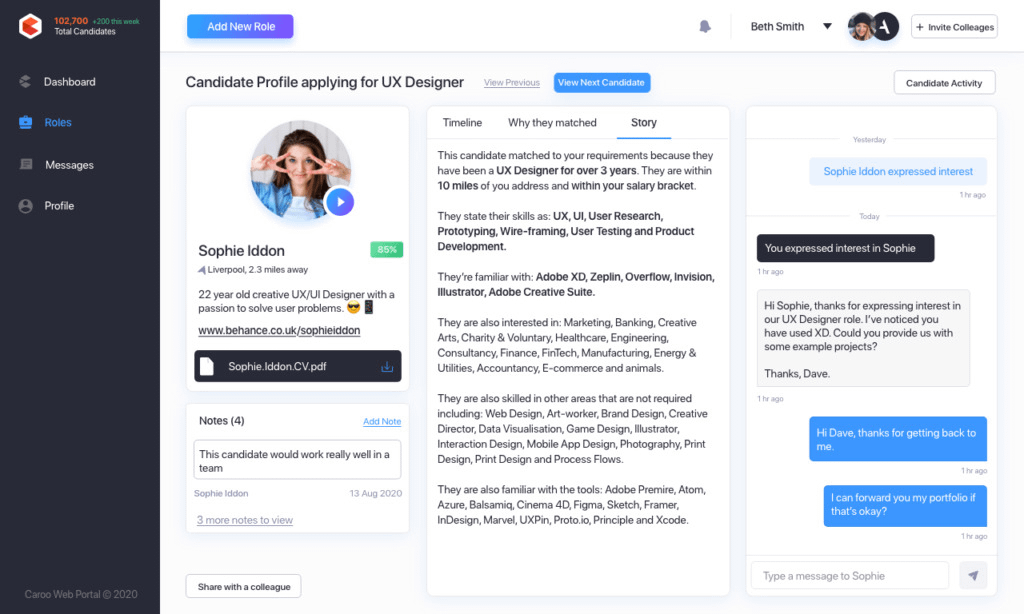 And so, we pivot. I love a good pivot story. Indulge me and allow me to digress. Apologies to anyone who already knows this. Probably the most epic of pivots is a not-so-little, pretty well-known platform called Slack. The now valued multibillion-dollar business is the result of a failed games company. While trying to create a video game called, Glitch, the Slack team wanted a quicker way of communicating and exchanging files internally rather than relying on email, so they created a communications platform. People outside of the business were interested in using it and so Slack was born. And now, these types of comms platforms are not only starting to phase out emails but are also home to large communities or people from specific industries (e.g. DBR) – that gives me an idea 💡!. It’s not the first time the Slack founders have pivoted.

You may remember a well-known photo-sharing service called Flickr. Again, born out of a failed video game – Game Never-ending, which in fact is, a game that never ends. Not bad hey.

Anyway, where was I. So Caroo pivoted. We no longer want to replace the CV, instead, we’d like to be the introduction to the person and allow them to attach all relevant career info: CV’s, LinkedIn profiles, personal websites, images, photos and videos. We also provide far more info on an anonymous profile too, and now we are looking at how we can create a sophisticated parsing tool so users can upload a CV and we can pre-populate most of the profile for them (in fact, we can automate the entire experience). 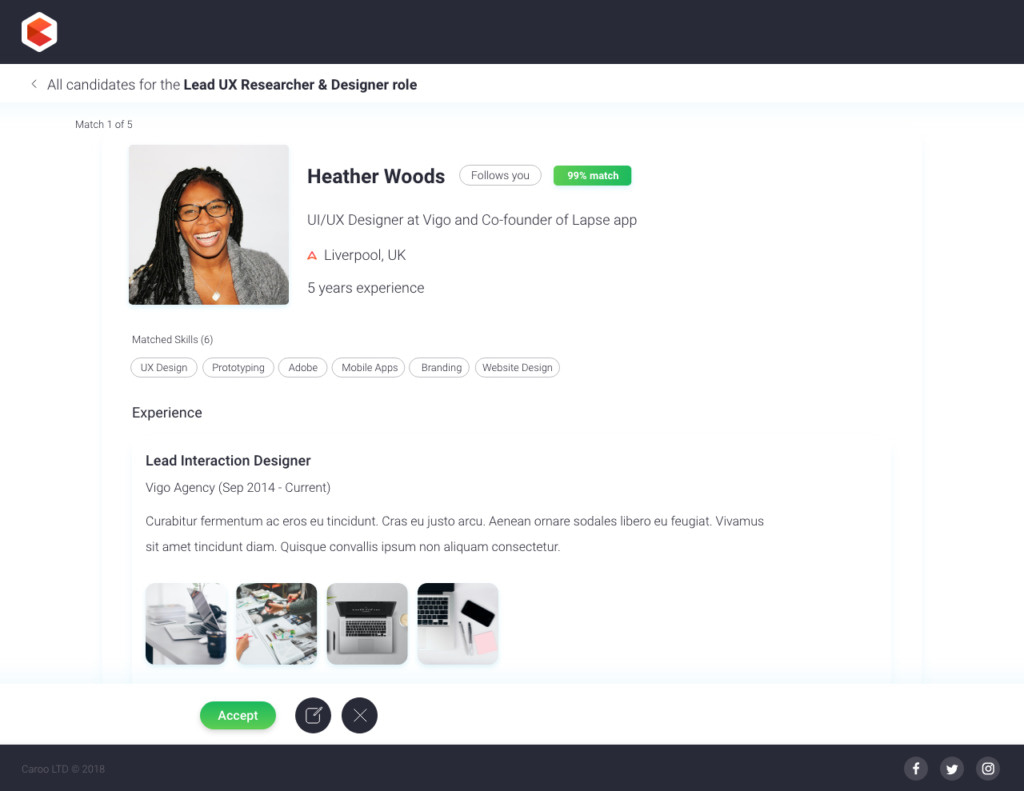 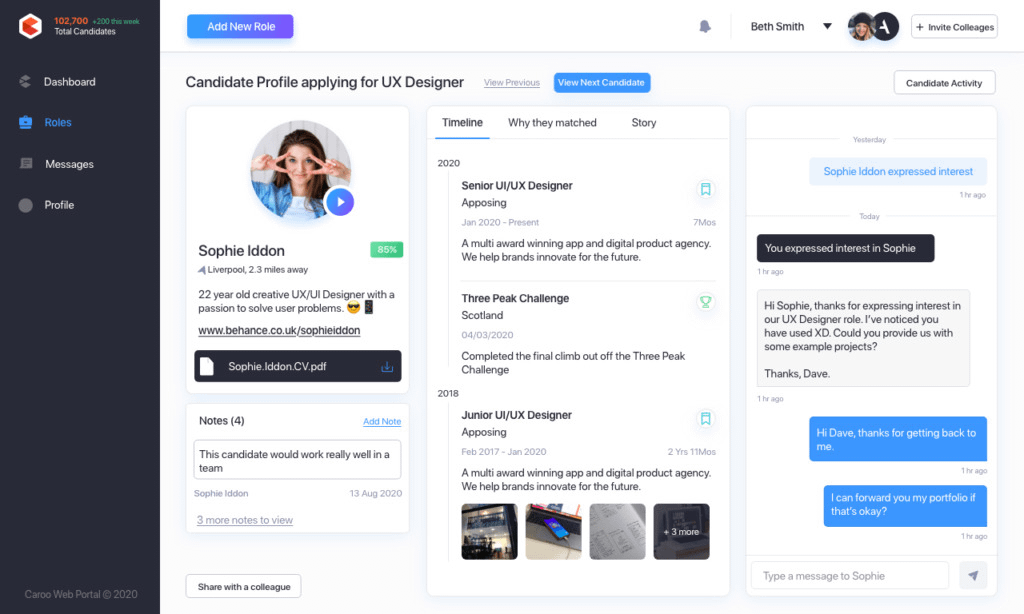 You know the drill – use the slider to see the difference

Talk to me dammit

On a personal level, I’m a huge believer in setting and managing expectations. It’s a must. I’m cool with slow responses if I know upfront and I’d rather hear a “no” than nothing at all. I know where I stand. I believe we are generally alike in this regard.

Another area we have had to revisit, and address is engagement and response rates. More so with employers and talent teams than candidates. This is a serious industry problem, something we are all aware of and one that many people bring up time and time again, “I never hear back”, “I want feedback”, etc. I probably have more notes and doodles on how to try and cure this issue than any other idea, but I like to start small and simple, and with user guidance.

After a lot of research, most employers wanted one daily email at 9am that detailed candidate interest, unread messages and new matches. It sounds ridiculous but a lot of research went into this. Not just focus groups and questionnaires but I also joined some TAs on their commute to work to understand their mornings and all the micro-actions that made up the first couple of hours of their day. A 9am email made sense; I could justify that hypothesis. The first thing you do when you’re sat at your desk is open your email, but only after you have had a couple of morning chats with colleagues and made a brew or got your brekkie. So I want my email at the top of your inbox with interesting info that you need to act on immediately, over all of the other noise you have in there.

It doesn’t work. Employer engagement with the platform is lower than it should be and responses to candidates are not good enough despite making it one click to say yey or nay. With that said, I reckon we are significantly better than what the industry standard is (could someone tell me? We see an overall response rate of about 60%). I also appreciate we are competing for your time with other platforms. On the candidate side, push notifications work well, but again, we can work harder here to open conversations. Back to the drawing board.

Then it hit me. It doesn’t matter what I’m doing on my laptop but when I get an email, I check out the info in the notification box at the right-hand corner of my screen. And no matter how many times that box pops up, I check it out every time. I went to the Microsoft desktop app store. No ones doing it. I’m going to do it. I’m going to invest in building an app, so that our users are always aware of their Caroo activity, they’ll never miss a great candidate match, they’ll be quick to respond to messages, and the candidate community will have the best experience of any job platform in the world. I’m proud to say, after much learning, breaking and fixing, Caroo employers will be able to download a desktop app within the next fortnight (by Sept 1st 2020 at the time of writing). We will benchmark engagement against previous performance and after a few months I’ll let you all know if this has improved things. It might not actually work, but we’ve kept it lean and if it does, then we will invest in it.

I’ve taken up too much of your time already. What am I trying to say? Most of the time you need to listen to your users but there are occasions when you need to put their ideas to the test with a volume of other users to see if it drives out the desired end result, and then there are other times when you need to straight-up ignore them and test your own hypotheses.

Because we (your users) are often so entrenched in how things already work that it is hard to remove ourselves and imagine any other way, and worst still, we simply adapt what we know to the situation we are trying to improve. Always test the hypothesis, who’s ever idea it is, in the leanest way possible to get a result. If that result is positive, then we can justify further investment (time or money) into advancing the idea to get more results. This can be applied to ANY idea. I’ve heard of businesses that applied lean design thinking to which office chairs they should buy for their colleagues.

Now you can see. Your users aren’t always right. So if you think Caroo is crap, it’s probably your fault. Haha, I’m joking. It’s Roddy’s. Have a fantastic day.