It’s time to throw your performance management in the bin 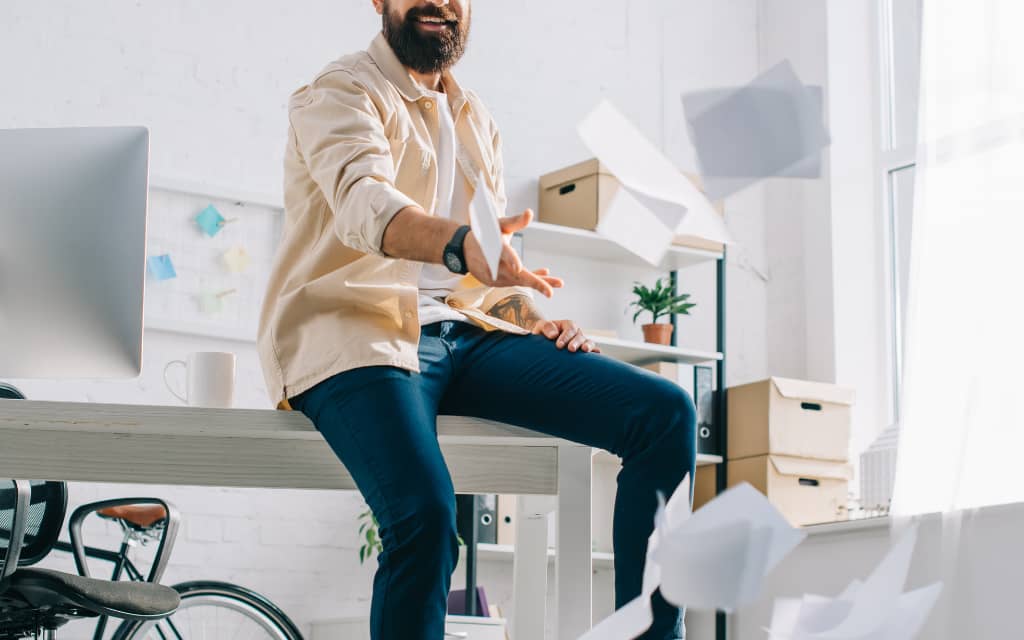 Tom specialises in performance management using emotional intelligence to create healthy, accountable teams. Following a relationship breakdown, Tom was forced to learn about himself and his relationships with others - he had to address a lot of unhealthy behaviours, beliefs, fears, and insecurity. In the years that followed, Tom took what he learnt and applied it to the workplace, revolutionising how companies manage performance and reward their people. Tom is the founder of thepathwayacademy.co.uk that specialises in consulting, coaching, and teaching people how to create healthy, accountable teams.

It was around 10 years ago now that big organisations like Accenture and Adobe decided they had had enough of annual reviews and forced ranking. So they set upon a path to redesign both how they manage performance and how they reward and financially recognise that performance.

It started a new wave of systems and new ways of working, of bite-sized reviews, OKRs and all sorts of methods to measure and track delivery of objectives.

And – things got better!

But did they really?

Well, they certainly seemed to get easier, with less paperwork and all. And, things became more transparent and conversations happened more often.

But here are some questions for you – is anyone any more accountable? Are managers dealing with team members who coast or underperform in any different ways than before? Is the environment more psychologically safe? Are people talking more often about their mistakes and what they are learning from them?

If the quality of those conversations hasn’t really changed then all that has happened is you are having average conversations, but more often

Something that isn’t to be dismissed – but is it transformative?

There are 7 key issues that could apply across the organisation:

To some degree our parents modelled our early ideas of accountability when they came charging in wanting to know who exactly made all that mess in the bathroom – they demanded to know. Displaying anger and irritation at the sheer incompetence of their 7-year-olds to clean up behind themselves – again.

What did those 7-year-olds do? They lied.

It was easier – the path of least resistance – and a key tool in avoiding even more disapproval, only this time it would be even more personal.

Remind you of anything?

This same behaviour goes on in the workplace all over the world today.

Man, we can mess this up – as managers and people we hold all sorts of hidden, unexpressed expectations of others – and we decide that they “should” know these things that we expect, but didn’t say – I mean – that is perfectly reasonable right?

Surely, we can expect them to be clear on what we expect and what good looks like without us clearly describing it?

I am being factious obviously – but only to make the point – time and time again I have seen frustrated managers who are not getting what they feel they need from their people – but on closer examination – they really haven’t been clear with people about what that looks like.

In the absence of knowing how to deal with underperformance or unproductive behaviours what do managers mostly do? Nothing.

Instead, they focus on flogging the willing horse. Just think of all the untapped talent out there that just isn’t being held accountable.

4. Fear and the lack of Frank and Candid conversations

Part of the reason people aren’t held accountable is that managers don’t know how to have a frank and candid conversation while creating a psychologically safe environment.

There are a ton of ways in which one can reduce the risk of someone responding defensively (the bit managers are afraid of) – without these tools’ managers are generally wholly unequipped.

Let us be honest – when you sit down with your manager is your goal to present a true, honest, and holistic representation of your performance? Including your mistakes and shortcomings? Or is it to put your best foot forward?

6. The Paperwork is a tick box exercise

If your “paperwork” feels like a tick box exercise – that is because it is!

It points towards more of a transactional relationship between manager and colleague rather than a meaningful one.

The paperwork is not the problem – the conversation is.

We put all of this effort into training managers how to coach their people and how to give feedback but we don’t teach people how to receive that feedback – there are two people here after all!

Learning to receive feedback in a constructive and healthy way is hugely important to creating a healthy, learning environment.

So – if you are not addressing these 7 things then your approach to performance management will always be less than optimal, you will always end up asking yourself whether this is really adding the kind of value you feel it could potentially add.

In the weeks ahead I will expand on these key 7 areas so watch out for more blogs from me if you
enjoyed this one.