Do we really believe in Second Chances?? 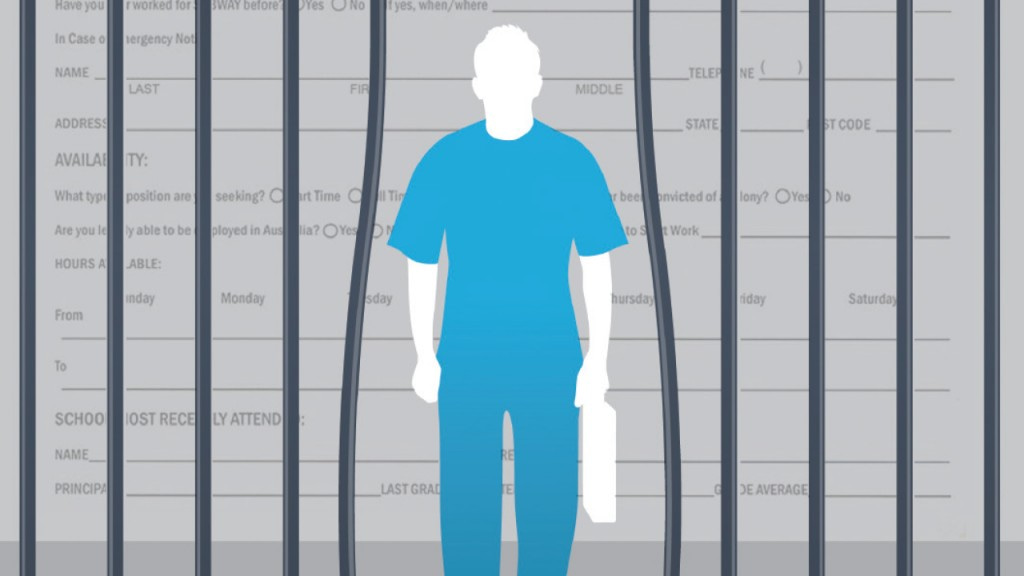 Think back to when you were a teenager, a young adult or even a kid. Think about all the silly mistakes you made. Now imagine one mistake staying with you for the rest of your life. Being branded by it. Being defined by it.

Not a great feeling, right?

Unfortunately, this is the reality that nearly one-third of the US population faces every day. But do we really believe in second chances? Are we actively playing a contributing part in criminal repeat offenders?

At first glance, this question may seem easy to answer, but is it?

Let’s start with a bit of context…

There is a lot I (and I am sure many of us) can say about the american criminal justice system. Unfortunately, American incarceration rates are at an all-time high, and most are from high-poverty minority neighbourhoods. With half of Black Males, and 40% of white males arrested by their 23rd birthday.

The FBI states that in a 20 year period there have been over a billion arrests. With 77 million cases still in their master database. DOJ states they have over 100 million arrest cases in their current database, in other words,  your “rap sheet” (a chronicle of all arrests regardless if there was a conviction or not.)

Keep in mind the predominant amount of the felony conviction in the US are non-violent crimes committed by young adults that simply made a mistake. For example, in Arizona, any amount of marijuana will draw you a felony conviction first-time offence. Something that will follow you for the rest of your life.

People are sentenced to prison for X number of years, only to serve their time and be released (not reacclimated) back into society. With no help and no hope of finding a job that would actually pay any bills.

A survey by SHRM showed 69% of companies do a criminal background check on every employee regardless of role. And 31% of HR managers said that a criminal record even if not convicted would influence their decision.

If you were convicted of a crime, say public intoxication 10 years ago, your chances of a job offer are reduced by up to 50%. But, let’s face it. The chances of landing a good-paying job with a felony reported even if not convicted is bismall at best.

While there are certain vocations that seem to give second chances. Like Electricians, Plummers, HVAC’s Technicians, Mechanics, Construction. High paying corporate jobs? I think you can guess the answer to that…

During the pandemic, I have been donating my time by giving job placement advice, trying to help former convicts land a decent paying job.

I have helped and talked to many. However, a few of them stuck with me. They struck me in the heart. I felt awful that no matter what I did I was unable to help.

When I first met him, I thought: ‘This guy is gonna get hired fast. He won’t need my help’

Sadly, I couldn’t have been more wrong!

Mr X got his GED so he could work and help his family. And even though his father was out of the picture, they were doing well. They were managing. But after his mom lost her job, unfortunately, his part-time job just wasn’t enough. He needed to make more money. Which led to a bad decision. He started selling Pot.

At 18 years old, he got caught and was in jail. Mr X was branded for life, with a felony record.

I remember him telling me how frustrated he was at his stupidity. He told me that when he got out of jail, he was fueled to continue his studies and graduated with a degree in business.

But unlike every other graduate, no one was willing to hire him or give him a chance.

Mr X was now a father himself working minimum wage jobs that were putting him in debt.

And, like any of us would be, he was worried. He was facing not being able to feed his family.

That’s when I met him. I worked with him, give him CV advice and interview tips.

But one day, after he missed our appointment,  I called his number. His girlfriend answered. Not a good sign…

Mr X was back in jail. He had gone back to selling pot.

He was so drained from applying to jobs. Of being automatically rejected because of his record.

Compared to others, he had no real chance of being hired.

So he went back to selling pot just so he could pay the bills. So he could provide for his family.

When I first met Miss Y she immediately said: “I am lucky that I have a good job that I like”.

I was pleased to hear she was happy, but her prospects for professional growth were minimal. Miss Y was stuck. Unable to secure another job.

Unlike Mr X, Miss Y found herself in the wrong place at the wrong time.

When she was younger, Miss Y met a guy. They lived apart but after a few months, they decided to meet. She flew over to visit him.

Unfortunately, the trip did not go as planned.

The morning after she arrived, her boyfriend’s house was raided by the police. He was selling drugs. They found marijuana, money, and paraphernalia. They added a list of charges to him, and arrested Miss Y, stating she was a live-in girlfriend so similar changes apply.

At the time Miss Y was unable to pay for a lawyer so she was provided with a public defender. She was told, although she may be innocent (having only flown in the night before) if she faced a jury it would be hard to know the outcome.

Facing 5 to 10 yrs in jail. She was offered a deal. No jail time and only a few months of probation, so she accepted.

She was set free, but with a felony conviction on her record that would forever imprison her.

While Miss Y didn’t lose her current job, she is stuck (maybe) forever with a boss that mistreats her. She can’t go to another company, as the jobs in her industry do criminal background checks and she wouldn’t pass.

There needs to be a shift in the professional workspace that both allows and encourages former convicts to create meaningful career goals, we need to believe in second chances.

If someone ‘paid their debt to society’, why do they deserve a lifetime ban on good-paying corporate jobs?

Don’t get me wrong. There are certain careers that specify that certain criminal offences cannot work in a certain field. However, while you can be a nursing assistant in a hospital with a felony, you cannot become a Nurse. Regardless of being able to work in the same environment, commonly doing the same thing, working right next to each other.

Are we as a community, and society causing repeat offenders by administering background checks, and deciding not to hire based solely on their criminal record?

How can we, as managers and talent aficionados help? Should we consider non-violent crimes? What if they were not even convicted, or got a raw deal?

I certainly do not claim to have all the answers. The purpose of my article is to hear others thoughts, opinions, and comments on this topic.

However, I will say this. As far as Mr. X, and Miss Y are concerned they should have been given the second chance. I am sure we can agree on that.

35 states and 160 cities around the US have already passed legislation where you are not allowed to ask or give a criminal background check until you are prepared to make an offer. Click here to find out more about this legislation.